I 100% agree we shouldn't honour racist and other problematic folks with the naming of our schools and monuments. They belong in history books so we can learn to not repeat their errors. But it's not as simple as swooping in and renaming things.

The VSB is reviewing our Naming and Renaming procedures, something that's been in the works for over a year. The final procedures have yet to be completed/approved (it was supposed to come up in this month but has been delayed due to the pandemic), though the most likely route is to look to the First Nations for their traditional naming procedures, which is to name places after places and things rather than names of humans. An example is Xpey’ Elementary School, which means “cedar” in the Musqueam dialect of henqeminem, thus named because a grove of cedar trees once stood in the place where the school is situated.

The intention of this work is to make sure that there is an enduring procedure that will guide naming and renaming process. While the board has the power to swoop in and rename things as we wish, this would get really time consuming and we risk being wildly inconsistent across renaming events, depending on the make up of the board and who's doing an emailing/instagram campaign at the time.

In the future, as it was in the past, the local and school communities (both past and present – we have many active alum groups in the district) will be most involved in a naming/renaming process. The VSB's main role is to give it guiding principles (via the official procedures) but the ultimate name selection will be up to the community who will be living, working and playing in it – just the way it should be.

Photo by By Arnold C - Own work, Attribution, https://commons.wikimedia.org/w/index.php?curid=927217

Funding shortfall despite increased funding allocation — how does that work? 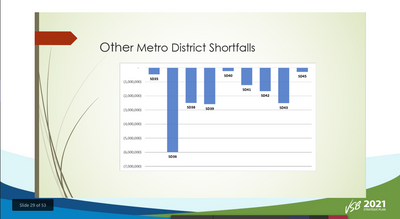