An intro to cohousing, because I like talking about cohousing, especially if you came to this blog for other reasons.

In cleaning up this mess I call a blog, I realised I have a boatload of posts on cohousing that I never got around to publishing. I know some of you already know what it is (and possibly even live in the building with me, which makes this feel a little livejournal-esque), especially with Charles Montgomery writing about this topic in the public sphere more and more. However, since I do often get questions about cohousing, and more specifically, my cohousing, let's do a megapost. Strap in, friends.

What on earth is a cohousing

A hallmark of cohousing is a large, shared common area called the "common house," where shared amenities are located and community events tend to happen. An emphasis is placed on designing spaces that invite people to randomly run into each other, and to linger and chat. Incidental, unplanned meetings, like when you bump into your neighbours while walking the dog, are how people get to know one another, and cohousing design principles intentionally increase the likelihood of people meeting each other in casual settings.

As urbanites living in a rapidly densifying (or should be, anyway), we can't afford to throw more money or space at everyone – we can't all have 5 acres and a garage and a shed and a guest house. A group of people can share living resources and thus live more efficiently. We don't all need an extra guest room that sits empty for most of a year, or a workshop with tools that each gets used at most once a month, or a piano that a child spends 30 minutes a day tinkering on. In our building, some 25 households share in the use and maintenance of these spatial and material resources, and we each end up taking up a smaller footprint.

Cohousing designs encourage cohousers to gather and eat, because swapping stories over food is how humans come to know, trust and love each other.

In a common meal, three neighbours cook in our fully stocked kitchen and three different neighbours clean (we have a commercial-grade dishwasher!). The rest of us just come and eat. This happens two to three times a week, with different cooks and cleaners taking turns "working" a meal. Folks can choose to sit down and chat with neighbours and friends over food, or grab their meals to-go if they're not feeling like socialising. There is usually a contingent of children eating and then running off to play in the courtyard. Some like to stay and hang out for drinks afterwards, or throw out casual invitations to bike somewhere for dessert.

What about allergies and food restrictions/requirements? There is no hard and fast rule. Some places just cook whatever they cook, and if some folks can't eat it, they don't come; some only cook vegan or vegetarian meals, and folks can bring "extra protein" if they like; at LMC we take some pride in making different versions of the meal to ensure everyone has something to eat. I personally enjoy the limitations and find that I'm much more creative when choosing recipes for common meals.

How is cohousing different from co-op

Cohousing in Canada is run-of-the-mill market housing with strata corporations that are governed by the provincial strata laws. That means: we don't vet who gets to live here; there's no volunteer requirement; we each have our own mortgage; everyone just happens to want to be a part of the community. Yes, it relies on the goodwill of tenants but there is a large degree of self-selection that brings people to cohousing. After all, according to our bylaws, the strata council makes decisions by consensus – that is often enough to make people think hard about their priorities.

In contrast, here in BC anyway, co-ops are a different legal structure, though many of them also take pride in their strong sense of community and neighbours pitching in to maintain shared living space. Co-ops may also involve some form of government subsidy or rent control. In a co-op, tenants pay "rent" to the co-operative "landlord", which is a company whose shareholders are the very same tenants (I'm fudging the terms here a bit). When you "buy" into a co-op you don't own the unit; you own a share of the co-op. Co-ops usually have rules about who qualifies for a share, and they may have a vetting process to determine if you are a good fit.

Do you have to do stuff together

Wait, what happens if no one wants to do stuff together

We each have a self-contained unit so that's totally fine. Sometimes we take breaks from doing things together, and each person has a different level of how social they feel at any given time which is respected.

In theory, if a whole lot of asocial people lived in this building it could mean nothing would get done. In reality, there's enough people here to generate community activities pretty much all year round.

Also, the common meals are very enticing. The lobby usually smells divine and it's hard to say no to that.

So, did you move in yet

How did you design a whole-ass building

We couldn't go it alone - we hired professional facilitators, an architect, and a general contractor who walked us through the various process. Some groups rely on the talent within the group (usually in places outside of urban centres where there are fewer rules as to what and how you can build). Hang out with cohousers long enough and you'll run into a community where one resident architect designed everything.

As the developers, we got some say in the design of our units and the common areas of the building. Most of us had some must-have features that we wanted somewhere, but typically not all in one spot, so from my view we each got most of what we wanted. We trusted expert advice where we could, and when we arrived at differences that were due to personal preferences (e.g. paint colours, faucet choices) some of us were happy to put that aside to move the project forward. After all, we were financially and emotionally invested in completing the project. Focusing on our common goals and values helped us move the project forward when kinks arose during design and construction.

Of course we get into arguments – it's human to be different and sometimes differences cause conflicts. We have a dedicated conflict resolution team who works behind the scenes as well as at facilitated meetings to make sure that conflicts are resolved with empathy and with kindness. As a community, we intentionally have a small set of hard-and-fast rules; instead we rely on our guiding principles to build harmony, trust and community, while allowing our differences to be stated and heard.

What does it look like in reality? As a general rule, conflict between two neighbours is dealt with between the two of them as much as possible, rather than getting others in the community to take sides. The conflict resolution team sometimes help with listening and sorting out feelings and next steps with one or more parties; confidentiality and neutrality are both highly valued skills on this team.

Sometimes a conflict escalates to include multiple affected parties. For example, there is a current ongoing conflict about noise in common areas. It's been in various phases of discussion for over a year – sometimes conflict takes time to resolve, and that's human too. We've had individual conversations, facilitated discussions within the community, and perhaps one day we will invite an outside facilitator who is disconnected from the community to come and assist us. It's all part of the natural flow of conflict. Meanwhile, the neighbours in conflict continue to eat together, share stories, and love each other no less.

Finally moving into cohousing, with a group of familiar faces, was an absolute delight. I don't have to worry about whether or not my neighbours and I will get along – we already know each other and some of us developed deep friendships years before move-in. The building came with its own set of technical deficiencies, but the people mean the world to me. I love cohousing. 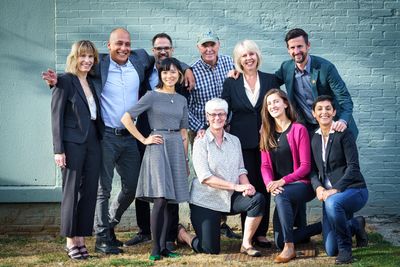 A friend told me it's been close to a year since my last update on the Little Mountain Cohousing project [http://littlemountaincohousing.ca], sent via barely-coherent email a...