I get the values behind the criticism. Efficiency and utility are important considerations. What's also important to me, though, is equity.

I was chatting with a friend last night who was critical of the VSB's ability to "get online."

They're not alone in this sentiment. I've received emails – multiple! – and the cry is heard on social media and elsewhere online too. Usually, though, when I describe the 2000 laptops/tablets we are distributing from schools, the food security safety net, as well as the work needed to get childcare for tier-1 essential workers up and running (the staffing for which was surprisingly herculean), folks go, "oh, right, that makes sense." (I'd like to point out that of course it's folks who can email me/write opinions online who are critical of the lack of online response... not so much the ones without internet access.)

This friend went a little further by doubting that our efforts are actually well spent and suspected that it would be more efficient to have started supporting the students who are already online-capable and ready.

I get the values behind the criticism. Efficiency and utility are important considerations. In order to best use limited resources, you have to optimise and be efficient. The greater utility would be to first make things better for the 95%, then work on bringing up the rest – in utilitarianism, this is the most morally correct choice.

What's also important to me, though, is equity. Often, we can make things better for the top 80%, 90%, or even 95% of people quickly since the system is already set up for it – able-bodied folks, neurotypical folks, cis-hetero folks, etc., aka the dominant in-group. The typical solutions we create almost always leave behind some out-group. Worst, they're almost always the same out-group of people, a cycle that creates an ever greater gap between haves and have-nots.

Equity means to expand the solution space so that it supports a larger set of people. It sometimes comes at a greater cost than if we only solved it for the dominant in-group (often simply due to the fact that it takes longer for humans to think about other people than for themselves, and time costs money), so we do have to optimise on what resources we have. My belief, though, is that these solutions end up also being beneficial to the dominant in-group.

In the VSB's case, we are working on ensuring that 2000 more students (roughly 5%) are getting the tech they need to continue learning. Some limitations (that I've noted):

A shout-out, too: there's loads of education that's already happening and is continuing to happen with and without tech. Teachers' and school principals' passion and ingenuity are shining through. Not unexpected in hindsight, but wholly appreciated.

At the end of the day we still won't be able to catch all 100%. Perfection is (probably) impossible. But if this tiny delay (if one calls it a delay at all) for the already capable students (who will be fine, relatively speaking, even if stuff isn't rosy and  pleasant for them) means that we have caught an extra 1% – and we're probably closer to >4% – I think it's worth it. The joy of students when they can see their whole class online at the same time, and not just the lucky ones, is not something we can measure, but should try to maximise anyway.

Photo by Federica Galli on Unsplash 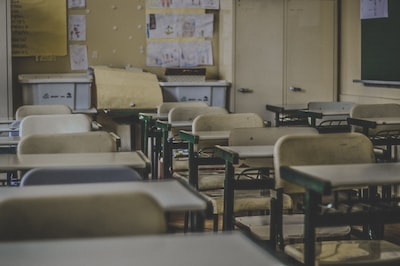 Re: Please begin In-class learning for K-5 on a part time basis

Re: School Year anyone?