Growing up, politics was a turn-off for me. Here I write a bit about why I chose to run with the Vancouver Greens.

Growing up, politics was a turn-off for me. Every election cycle seemed to be filled with mud-slinging, name-calling and partisanship. Worse, there wasn't a "side" that I could identify with. No one spoke to me as a young immigrant-settler—I didn't fit in in Canadian culture; nor did I fit it in in Hong Kong or "Honger" culture. No one seemed to represent my values. My solution as a teenager and young adult was to ignore politics, ignore my identity. I was a poster child for voter apathy.

Then something happened in 2013—Mr Fishtron ran for office. My eyes were opened to the possibility that ordinary citizens could—and do—make it to the policy table, and make changes from within the system.

The next nudge was in 2016, when all nine VSB Trustees was fired by the then-Liberal provincial government, amid allegations of bullying (amongst other things). In the subsequent WorksafeBC and Goldner reports, Dr Janet Fraser was one of only two trustees who were not linked to bad behaviour. I've been a strong admirer of Janet ever since. At the time, I was working with a conflict coach, Farah Nazarali, to deepen my practice of nonviolent communication and relationship building. I recognised that what Janet was doing—navigating difficult conversations respectfully and with integrity—is exactly what we need, but also seems so hard to do. It is a challenge that I can't push others to do until I've walked the path myself.

The Green value of nonviolence and love for diversity are what brought me to them. Nonviolence, for me, is not just about action but also our words and intention. The Green Way is to wield our power with wisdom, grace, and the pure intention to empower others, not overpower those who disagree with us.

These values are why I'm running with the Green Party of Vancouver.

If you like what you see, why not donate to support my bid to become a Vancouver School Board Trustee?

While you're here, check out the profiles of my running mates: Janet Fraser and Estrellita Gonzalez for School Board; Stuart Mckinnon, Dave Demers, and Camil Dumont for Park Board; Pete Fry, David Wong, Michael Wiebe and Adriane Carr for Council.

Swearing at Mr Fishtron, a postmortem

Why I am Running 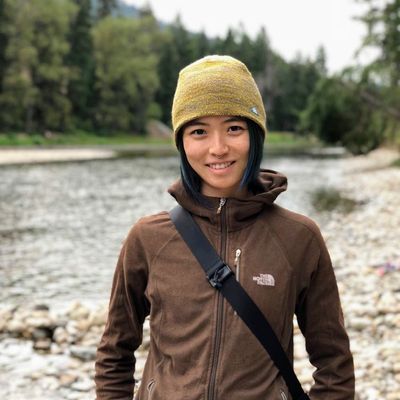 Others from civic politics